Members may wish to view this movie on how the development of online comics can enable literacy.

Here are  the perfect voices for your  Spanish  voiceovers projects:

We have planned for the October 31st the Halloween Party  at our School .  The students will hand in a written search about the Halloween and will decorate the school with the symbols of this event, such as ghosts, pumpkins, spiders, etc. Then, each class will choose their favorite songs  and there will be a great ball at night. I think that it will be nice. At the same date, they are going to expose some pictures with draws about  the myths in Brazil, too,  Nildete

Our First Perfomance on the 26 th of October  with our Project "Tulip"s Garden". Thanks to this project we found new friends.

Maximizing an audience for your online session

A great question was asked in the Presenters Group by Kristina Stoney on Promoting Your Session for the Global Education conference. An audience or even any participants at all, can never be guaranteed as there is no need to pre-book. Often the most popular global times have two other simultaneous sessions against it. The sessions… 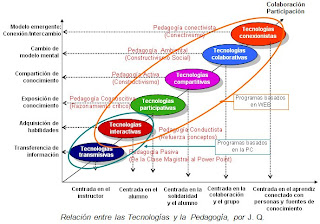 Where For Art Thou Portfolio??

As all educators look for a way to secure data from their students, teachers need to think of ways to capture their own data to support their instruction. It seems like an simple idea, but collecting data will be challenging for teachers that do not know how to.  What data should I gather?  How much do I need?  When should I start and end the collection?  Why is it important to gather?

First the idea that collecting data for grades only needs to be revised just a bit.…

You are My Heart Azerbaijan

We love our motherland .

We must protect it.

Take a look at a world map and what do you see? A common reply identifies our planet as  a  puzzle of nations pieced together by contiguous, interlocking (and distinct) borders. Each nation-piece of the puzzle seems to be its own little world, structured and organized with certain/unique people, places, landforms, ideas and “ways of life.”  The borders that connect them, although not physical lines, are recognized borders of identity, government, and culture.

In turn, each of these…

Global Education is a good method of learning toward the best educational achievements. It is a way of learning online. It encourages all educators,  the school staff and students to learn and to see the best uniques in teaching and learning.

Looking for K-8 Classrooms to join our Community Project!

Teachers are always looking for ways to expose their students to other children, communities and cultures from around the world. Many schools have a similar social studies curriculum in grades K-8 where they learn about urban, suburban, and rural communities. I developed a collaborative wiki as a place where teachers and students can share…